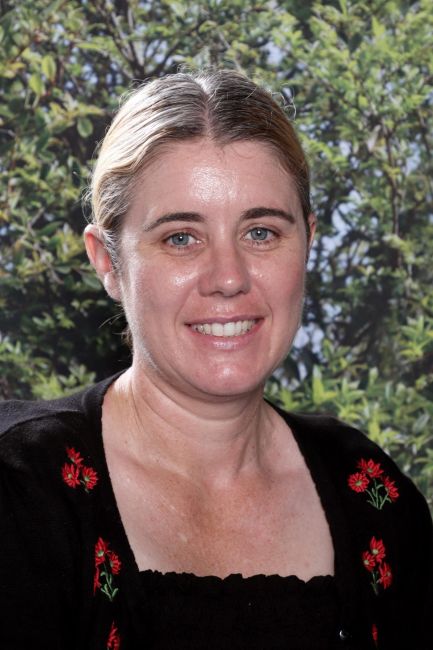 Maree Hammer is part of the O’Loughlin Catholic College pastoral care team, fulfilling the role of Year Seven Coordinator in 2020.

Maree’s main goals as a Year Level Coordinator are to provide academic, emotional, social and spiritual support to students and importantly forming effective and caring teacher to student relationships.

She has worked in a pastoral role at the College since 2016 and during that time Maree has improved what she does by training in Resilience, Mental Health Awareness, First Aid and the Peer Support Programs. Her greatest accomplishments in her role as a Year Level Coordinator include organising the 2018 Year Eleven Odyssey trip, fundraising for and organising the 2019 Year Twelve Graduation, organising a trip to the Tiwi Islands with Year Ten students and transitioning Year Seven students successfully into Middle School this year.

Before becoming a teacher Maree worked in several fields including hospitality and Environmental Science. After becoming a mother she realised how rewarding it would be to work as a teacher and decided to go back to University to obtain her degree. During that time at University, Maree became very interested in the importance of student wellbeing and relationship building, she advocates that both are required if students are to be successful in Education.

Maree looks forward to continuing her pastoral care role at the college and is looking to continue upskilling and improving her capabilities in the position. 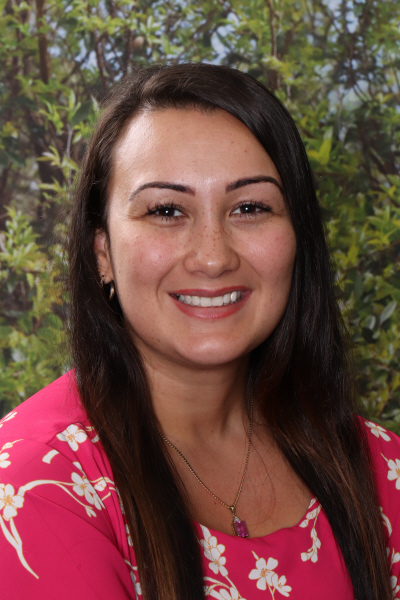 Kaleena Slaviero is a passionate educator who believes that "Great teachers make a difference and can inspire hope, ignite the imagination and in still a love for learning" for all the students she teaches. She is compassionate and understanding and thoroughly enjoys her role of being a Year Level coordinator. ​Kaleena graduated at Charles Darwin University in 2010 with a degree in both the Arts, majoring in Psychology and minoring in the subject of Humanities. She also has a Teaching Degree which focuses on 21st Century Teaching and Learning. Currently she is a teacher of Religious Education, Drama and Humanities. A former student at O'Loughlin College, Kaleena was selected as the College School Captain in 2006 and started teaching at the very young age of 21. After being at the College for 9 years, Kaleena only just returned after going on her well earnt Long Service Leave. Kaleena is the proud mother of a beautiful young boy and says that being a mother has been the most amazing privilege yet. Kaleena prides herself on creating the most positive relationships with her students and wants to leave a strong legacy behind of "Every child deserves a companion: an adult who will never give up on them, who understands the power of connection and insists they become the best they can possibly be" - Rita Pierson. 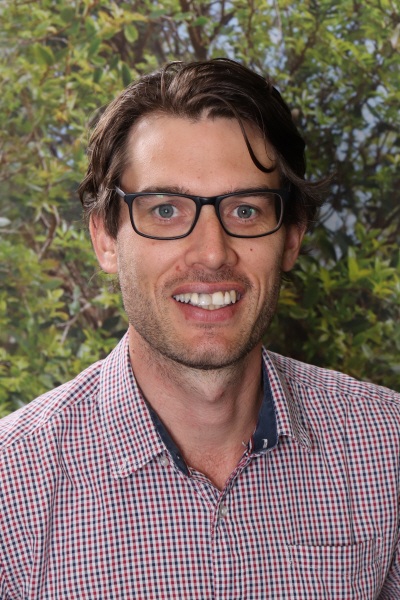 Max Jones is a Science and Humanities teacher who has previously worked in the Tourism field and for the South Australian Department of Environment. He has a Bachelor of Science and Graduate Diploma in Teaching and Learning from Charles Darwin University. With diverse experiences outside and within education, Max is the current Year 9 Coordinator who leads the Personal Development and Pastoral Care and Well-being for our students in their final year of Middle School. As someone who loves the multi-faceted challenges of teaching and learning, Max strives to educate the whole person and has worked towards this through his classroom teaching, teaching and learning initiatives, and through his involvement in Year 9 Camps, Team Building days, the College's Big Bike Ride and the PNGAus Secondary Schools Partnership Program 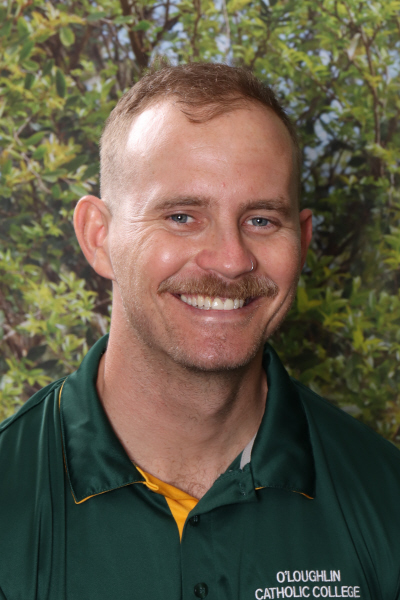 Jake Barnes is a Health, Physical Education and Outdoor Education teacher who was born in Alice Springs, lived in Ngukurr and moved to Darwin when he was roughly three years old. He completed a double degree with a Bachelor of Teaching and Learning and a Bachelor of Science (Exercise and Sport Science) at Charles Darwin University after receiving a scholarship from the Northern Territory Government. Jake started teaching at the College in 2011, returning after being a former student from 2002 to 2004, in that time he has spent some time teaching in London in 2013 and Katherine in 2016. Outside of the College, he is a well-respected A Grade Rugby League Coach at the Litchfield Bears, winning back to back premierships in 2018, 2019. Jake believes that positive relationships are the cornerstone of building an inclusive and successful culture within the College community. 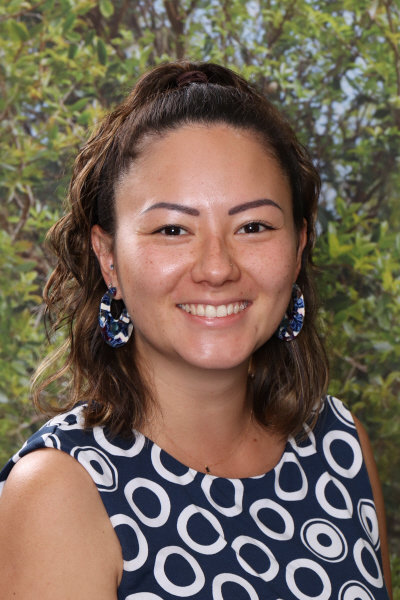 Kara Handberg is a Dance and Science teacher who is originally from Darwin. As a classically trained ballet dancer, she moved to Brisbane to complete her final year of schooling at the Queensland Dance School of Excellence. Kara attended Griffith University on the Gold Coast and graduated with a Bachelor of Science degree in 2011, where she majored in Marine Biology and Ecotourism. In 2012, Kara completed a Graduate Diploma of Education in secondary schooling. Following the completion of her formal qualifications, Kara worked in the United Kingdom as a secondary school teacher. She returned to Darwin in 2015 and commenced teaching at O’Loughlin Catholic College. Kara has been a Year Level Coordinator for the past four years, and is a company dancer with NT Dance Company.

Kara is a passionate educator who is dedicated to creating and maintaining a safe and supportive learning environment. She is a reflective practitioner and makes it a priority to evaluate aspects of her teaching. Kara believes it is important to implement fair and consistent behaviour management strategies. She has a strong focus on the pastoral care needs of our students and fosters the academic, social, and emotional aspects of school life. 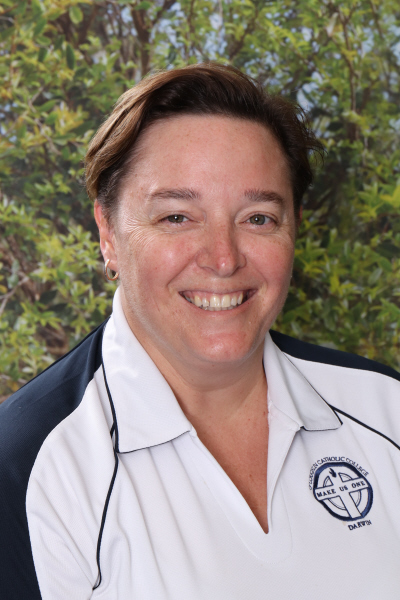 Mrs Miranda Colquhoun was appointed to the position of Year Level Coordinator in 2018. She commenced with O’Loughlin Catholic College originally in 2003 and this is her 4th time at the College. Miranda graduated from the University of Tasmania with a degree in Human Movement and has worked in Tasmania, ACT, Queensland and the Northern Territory in a range of schools.

Her main teaching areas are Health, Physical Education, Child Studies and Maths and she continues to strive to provide the best educational opportunities for all students she teaches.

She is passionate about developing each student holistically and allowing each student to grow individually following their own pathway, through leadership, support and mentoring.

Miranda supports the wellbeing of all students in her cohort by implementing an effective Pastoral Care program through the College’s Vision and Mission, having a strong focus on Catholic Identity and Ethos.